Schindellegi / CH, May 10, 2011 – At today’s Annual General Meeting of Kuehne + Nagel International AG 71.8 per cent of voting shares were represented. All proposals were approved by clear majorities.

Klaus-Michael Kuehne, Chairman of the Board of Directors of Kuehne + Nagel International AG, was pleased that the Kuehne + Nagel Group had recovered its growth momentum only twelve months after the severest economic crisis in decades. The company’s strategy had proven effective and led to a record result in 2010. The Chairman also expressed confidence in the continuing positive development of business and results in 2011. This is based on the Kuehne + Nagel Group’s ability to maximise business opportunities worldwide, thanks to its comprehensive product portfolio and its ability to operate quickly, flexibly and efficiently, even in a volatile and difficult environment.

Karl Gernandt, Executive Vice Chairman of the Board of Directors, outlined the strategic cornerstones of the growth initiative, which had been developed under his leadership and that will run into 2014. Its primary goal – sustained increase of the value of the company – will be generated through increased customer focus, integrated logistics solutions, efficiency and IT leadership.

All proposals approved
The shareholders approved the annual report, the financial statements and the consolidated financial statements for 2010 and followed the Board of Directors’ recommendation to increase the dividend to CHF 2.75 per share compared to the previous year (CHF 2.30). In addition, the shareholders approved the distribution of capital contribution reserves, amounting to CHF 1.50 per share. Payout is scheduled for May 17, 2011.

The Annual General Meeting granted discharge to the Board of Directors and the Management Board for the 2010 business year.

Statutory Auditor
KPMG AG, Zurich, was confirmed as the statutory and Group auditor for the business year 2011.

The next Annual General Meeting will be held on May 8, 2012.

With approximately 58,000 employees at 900 locations in over 100 countries, the Kuehne + Nagel Group is one of the world’s leading logistics companies. Its strong market position lies in the seafreight, airfreight, contract logistics and overland businesses, with a clear focus on providing IT-based lead logistics solutions. 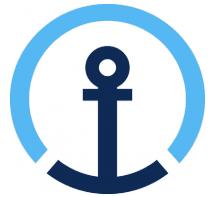