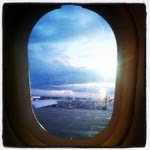 I was sitting at Rotterdam The Hague Airport, waiting for my flight to Munich to board, on my way to Logimed when an article in the newspaper I was reading (NRC Next*) jumped out at me. The heading said: “A Phone Like a Kit”, and of course it was about Dave Hakkens and his Phonebloks.

Dave Hakkens designed a concept for a new smartphone, completely built up of different modules: for example Memory, CPU, Screen, Camera, Speaker, Connectors. Through this modular approach it would be very easy for people to upgrade one or more features of their phone, or replace a broken part.

The idea got a lot of media attention, and was picked up by the likes of CNN, the BBC, and Huffington Post. His plan was to try and get 500 people to support him with the development of his concept, but because of the mass attention, that number exploded to up to 960.000 people.

In a blogpost on Phonebloks in September I wrote:

Actually a combination of both happened. Dave Hakkens was approached by companies small and large that were interested. Among these were Intel, Nokia, and Firefox. Hakkens eventually decided to go with Google owned Motorola. Motorola was working on a modular smartphone already, and asked him to join that team, but Hakkens declined. He strongly believes in the power of communities and was able to convince Motorola of this. Motorola will provide the technical knowledge and Hakkens’ 960.000 person strong community will provide the input for the design.

It will be very interesting to see what phone, if any, will come from this project. And if it will really be completely modular, or just partly. If it stays open source, I wonder if third party suppliers will develop their own Bloks that can connect to, or be incorporated in the Blokphone.

* The NRC Next article was the basis for this blog post.