This past weekend was the last weekend of my Summer Break. I had two great weeks with my family in the South of France and one week around my home town Rotterdam. One of the final activities of this break was a visit to SAIL in Amsterdam, which entailed 8 friends, a launch, and two beer coolers. We saw a lot of beautiful ships Saturday, but one caught my (logistical) attention: 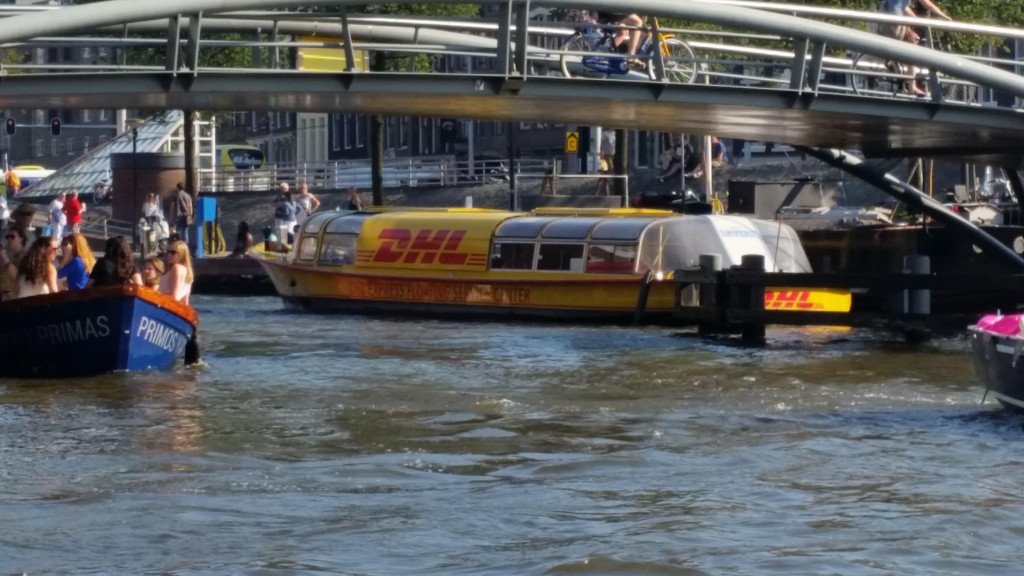 Ok. It isn’t new and innovating (now), but it is a great idea nonetheless. I did some quick online research and found some information on the DHL boat in the picture and the story behind it. Amsterdam is a city with narrow streets and about 100 km of canals. (I was on a lot of them this Saturday…) Because of that it has always been busy and congested, and that surely hasn’t improved over these past years. In 1997 DHL Express decided to find a way to improve their efficiency in delivering packages to the city center. They rented and branded a boat of the Lovers company, who have been doing canal cruises for 67 years and started using that to distribute packages to the city center. The number of delivery trucks they drove into the city on a daily basis went from 10 to 2. The boat is used as a floating distribution center. The “last mile” delivery is done by bike messengers.

The last reference I could find in my quick search was from 2009, so I’m not sure if the boat is still in operation today. The picture above was taken last Saturday, so it’s still floating.

With battery capacity increasing, I think we will see alternatives to fuel based delivery vehicles in city centers and beyond. In exceptional situations, like the narrow congested streets of Amsterdam, or a city like Venice, we may see boats. In other cities we will see more electrical vehicles.  A few examples have already launched, like the initiative in the Dutch city of Delft I wrote about earlier this year, where goods are brought to a DC outside of the city and electrical vehicles deliver in in the inner city. It’s just a matter of time. In the mean time, I will just keep writing blog posts about it…

Oh. And a big thanks to you, Maikel, for taking us out on your launch. We had a blast!! 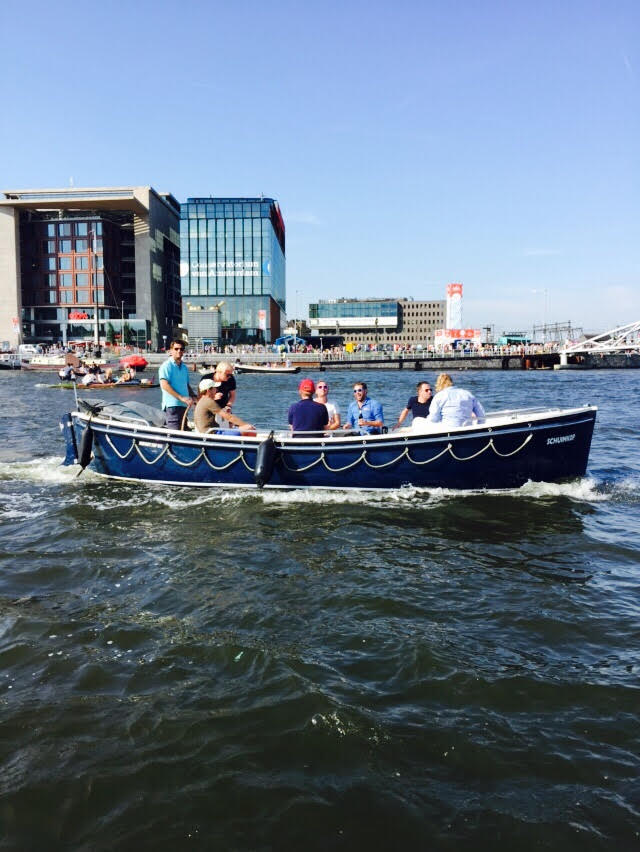