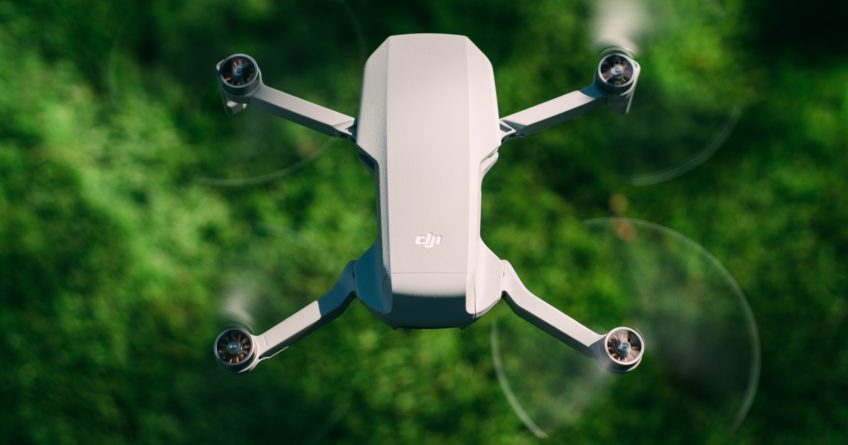 There were so many interesting supply chain and logistics related drones stories in the past few weeks, that I put them together in this post. Please click the links in the tweets to read the full story.

Drones are being used in many good ways in areas struck by hurricanes and other disasters. Drones can move around easily and freely and can be used for inspection, security, and of course search and rescue. As you will read in the story below, the search and rescue part is sometimes accidental…

In some towns along the United States’ Carolina coast, floodwaters from Hurricane Matthew remain too deep for cars to pass. And many of the buildings hit by the storm are too damaged to safely inspect.

So crews tasked with helping residents recover are turning to drones.

Drones are playing a new role in the recovery efforts after Hurricane Matthew https://t.co/OKKC039up6 #supplychain #drones

What’s for dinner? No, not drone again!

Talk about ideas for using drones to help people in crisis areas! Windhorse Aerospace have developed a drone which is almost fully edible. What an awesome way to get food to those in need.

…the drone, called the Pouncer, is designed for one-way delivery, it can be broken down and reused when it arrives. Chop up the lightweight plywood frame, and it becomes kindling for a fire to cook the food. The wings themselves are packed with meals. The protective covers around the food can be used in shelters.

This Humanitarian, Aid-Delivering Drone Is Going To Be Edible https://t.co/7oLfbKEjP5 #logistics #delivery #drones

There are many other applications of drones than package delivery. These articles discuss several of them, among which are yard management, cycle counting, and inspection

Use of drones for package delivery has received a lot of attention ever since Jeff Bezos unveiled a video of an Amazon drone dropping off a package via drone on a 60 Minutes broadcast in 2012, but other applications in the supply chain are likely to emerge first.

…ground and even ocean-going drones are developing fast, with problem-solving applications such as driver hour limitations, inaccessible or hazardous locations and massive materials handling chores…

Drones – Why You Want Them In Your Supply Chain. | The Logistics Blog https://t.co/2JlWiwlZqn #logistics #supplychain #drones pic.twitter.com/BYTlTfboMy

…drones can be used to inspect cell towers, wind turbines, and other tall structures.  These towers require periodic inspection.  For humans to inspect wind turbines, would require a minimum of two people and climbing certification.  In these types of inspections, drones could offer huge labor savings and obvious safety benefits.

In oil & gas, some oil companies or the drone service companies they use, have gotten FAA exemptions that allow the drone to be operated outside of line of sight in remote locations, so drones are being used for pipeline inspections in a way that improves cost effectiveness.

Beyond the Hype, Drones Really are Being Used to Improve Value Chains https://t.co/U0uOWiiQLI #supplychain #logistics #drones

Dave Vos, who headed the program since 2014, is leaving, and Astro Teller, the current CEO of Alphabet’s X “moonshot” umbrella organization, will step in to oversee operations in the interim…

…But even so, the X moonshot doesn’t seem to be readying for a near future of drone-filled skies as rapidly as Amazon. The online retailer has multiple drone testing sites set up across the world — in the U.K., Canada, the U.S., Austria and Israel — and has been on a global hiring spree to ramp up its engineering staff with aviation expertise.

Some want it, some don’t

Amazon was also rated as the most trusted brand for making drone deliveries and Google was ranked as the least trusted. UPS, FedEx and USPS ranked second, third and fourth respectively.

A lot of the public are ready for their first delivery by drone. I know I am. But are governments ready? The Wall Street Journal thinks not.

Breakthroughs for package-delivery proponents don’t appear imminent. On balance, FAA leaders seem intent on waiting for various collision-avoidance technologies to mature. FAA officials also appear to be taking their time to ensure that rules are both conservative and comprehensive.

Delivery drones are “part of our longer-term integration rule-making strategy,” according to the FAA, which didn’t elaborate. Even after industrywide consensus standards are in place, historically it takes one to two years to process public comments and finalize agency regulations.

Who you gonna call? Drone busters!

And for those who really hate drones, have a look at the video in this piece on Quartz. Or read about how the Dutch polices use eagles to counter rogue drones.

Even though most drone pilots behave responsibly, there are clearly times when the drone should simply not be there. That’s where the drone busters come in.

Photo by Joshua Kantarges on Unsplash