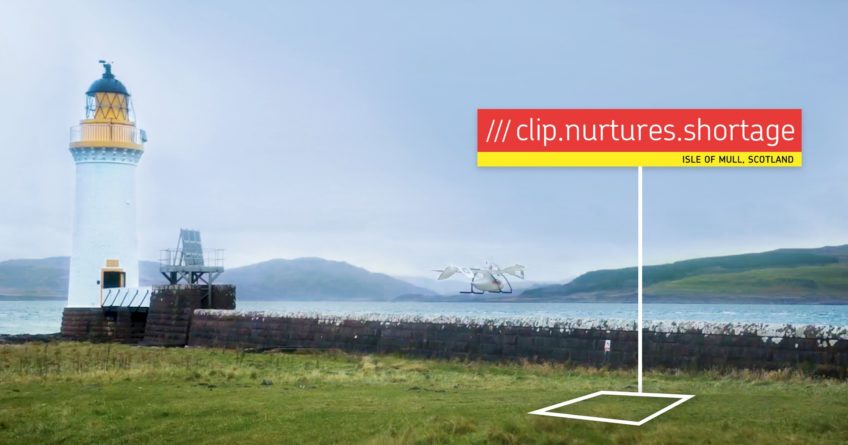 There are many places on earth that don’t have addresses. Would you believe it if I told you that around 4 billion people don’t have an address?

Some live on a small island like Grenada, which is so small that a description of the house is enough for everybody there to now where you need to be. Others have no address because they are living in ghetto’s or slums. Not having an address can be a problem if you need to open a bank account, or get a passport. Most of us can’t even imagine not having an address, because where would all the stuff we order be delivered!!

One of the companies solving the problem of delivering to places that don’t have an official address is Google. The company that is also a verb: to Google something. At the base of the company is its search engine. They are all about finding things, whether that is information on the internet, or an address using a service like Google Maps.

With Google Maps and Google Street View, Google already has experience with mapping the world, both from the sky using satellites and GPS, as from the streets, using cars, bikes, and people carrying camera’s to give a “Street View” from many places on earth. One project that you may not know of that is related to this is the Google Plus Codes project.

As Google describes it themselves:

Plus Codes are like street addresses for people or places that don’t have one. Instead of addresses with street names and numbers, Plus Codes are based on latitude and longitude and displayed as numbers and letters. With a Plus Code, people can receive deliveries, access emergency and social services, or just help other people find them.

There are several benefits to Google Plus (according to Google). The Google Plus Codes project is open source, which means that anybody can use it. An example is Addressing the Unaddressed, a non-profit organization focused on providing people that live in slums and other so-called unplanned settlements. They work with governments and local communities and convince both governments and dwellers of the necessity of an address.

Another benefit is the fact that they work offline. As many places that don’t have an address are outside the range of cell towers and many of the people living there don’t have access to devices that can go on the internet, this is important.

Although I think we haven gotten better at it with all the passwords we need to remember, seemingly random alphanumeric codes are hard to remember. This is one of the reasons that startup what3words decided on using what? Yes. 3 words.

3 words are easier to remember than an alphanumeric Plus code, or GPS coordinates. As what3words says it on their website:

Street addresses weren’t designed for 2021. They aren’t accurate enough to specify precise locations, such as building entrances, and don’t exist for parks and many rural areas.
This makes it hard to find places and prevents people from describing exactly where help is needed in an emergency.

what3words not only enables delivery to places that don’t have an official address, but it also makes it possible to be more exact about where something needs to be deliverd.

From a logistics point of view, the inaccuracy of a street address is very much a real problem. Take for example trucks delivering to a large warehouse. The warehouse has an address, which the driver can navigate to, but the location where the shipment needs to be unloaded is often not at the entrance of the building.

The system is simple. what3words have devided the world in 3 meter squares, and gave each square a unique combination of 3 words. Compared to a 3 meter square, an address is an approximate location. With new technologies like autonomous trucks, cars and other vehicles, drones and other robots delivering goods and transporting people, you need more accurate locations.

Mercedes and DPD carried out a test using the what3words system last year. Two delivery drivers delivered 50 packages in the same area, with which they were both unfamiliar. Both used the same standard DPD route. One used traditional addresses, while the other used the what3words system. The what3words system gave the driver more than an address. It told him where to park and where to deliver the package. This eliminated wasted time for two activities common for delivery drivers. They need to find a place to park their van, and they need to figure out where to drop off their parcel.

The what3words driver finished 30 minutes before his colleague. 80% of the efficiency was due to parking in the optimal spot, and 20% for exactly knowing where to drop off the package.

For more on what3words, please see this article I wrote about the startup after they just launched their solution.